Why Do Dogs Lick? 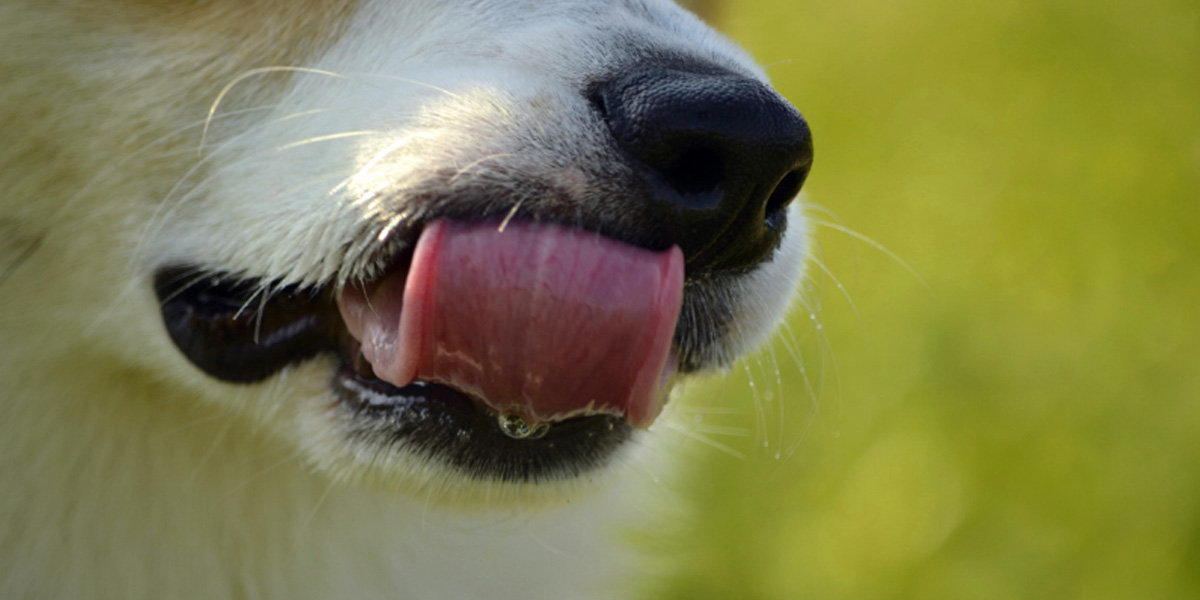 Dogs lick everything, and among many other common dog behaviors, licking is near the top. Dogs use their mouth and nose to explore the world, so it's not surprising that dogs lick everything. Licking is natural for dogs, like a habit. They'll lick themselves, other dogs, random objects, and one of their favorites, you!

Why dogs lick other dogs
From when they are born, the mother communicates with her puppies by licking them. Licking is how she stimulates them to start breathing when they are born as well as to stimulate their bowels when they are still nursing. As the puppies grow up, they lick around their mother's mouth as a submissive gesture, which is a behavior that stays with them when meeting other more dominant dogs.

Why dogs lick random objects
Like previously mentioned, dogs explore the world with their mouth and nose. So, when your dog licks random objects, like the wall, it's likely he or she is only trying to figure it out. If it's becoming a habit and your dog is licking random objects non-stop, it could stem from a behavior issue. Compulsive licking could be a sign of anxiety, fear, and obsessive-compulsive disorder.

Why dogs lick humans
The simplest answer is that they like the taste. Humans' sweaty and salty skin is delectable to some dogs and they want to get a taste, no matter how gross it is to us. If it's become a habit, it could be because you unintentionally rewarded the behavior, encouraging your dog to continue licking you.
Dogs will also lick their humans as a sign of submission, as they do with other dogs. Your dog may see you as the alpha in the pack and will show his or her subordination.