Separation Anxiety in Dogs and Cats

What is separation anxiety?

Recommended products for dogs and cats with separation anxiety

Separation anxiety: a serious problem for pets and their owners
Separation anxiety in dogs and cats is generally worse the first 15 minutes your pet is alone, but can persist during the entire time you're away. Common behavior problems that occur as a result of separation anxiety include destroying furniture, urinating or defecating inside the home, howling, barking, scratching, and barbering (in cats).

"Can't my pet just get over it?"
Unfortunately, no. Pets with separation anxiety generally get worse rather than better if they aren't helped—they don't just get over it. Anxiety eventually causes physical illness and your pet is miserable when he or she doesn't need to be.

Barbering (psychogenic grooming) in cats
Barbering is a compulsive, repetitive grooming by pets that pulls out (barbers) hair and creates bald patches. It is also called psychogenic grooming. The bald patches are never on the head or neck where your pet can't reach, but are on the flanks, belly, and hind limbs that are easily reached.
Barbering can be caused by many factors:

With some problems, especially fleas, your pet's skin itches. This itching stimulates cats to lick and groom until over-grooming becomes a habit. With other problems, cats have a psychological urge to lick, and the licking creates bacterial or yeast infections. These infections cause itching so the grooming behavior never stops.

"Does having two dogs or two cats make it less likely they will have separation anxiety?"
No. Pets from multi-pet households are as likely to have separation anxiety as pets from single-pet households. The company of other dogs or other cats doesn't prevent separation anxiety because it is the relationship your pet has with humans who they are separated from that causes anxiety.
Pets from multi-pet households can also develop anxiety if their pet companions are absent. Although you would think your pet would leap with joy when a pet companion returns, this doesn't always happen. Separated pets can physically harass each other when reunited, even after short separations. Harassment is more likely if your returning pet smells differently, such as after spending the day at the veterinary clinic. Slowly reintroducing cats avoids violence. Provide a Sentry Calming Collar for Cats, which contains a pheromone that makes cats feel peaceful when reintroducing pets. Provide herbal calming for cats that become hysterical and aggressive. For dogs, use Adaptil Collar for Dogs, which contains a calming pheromone for dogs.

Try using the Thundershirt, a drug-free product, to help calm your pet as an alternative to giving medication. 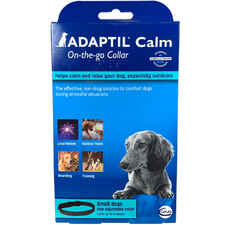 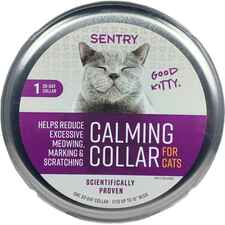 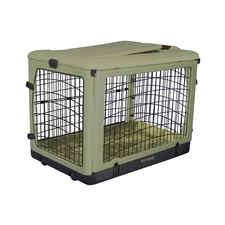 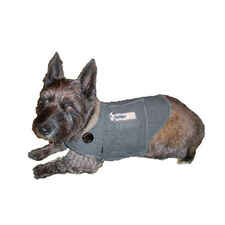