What Colors Can Cats See? 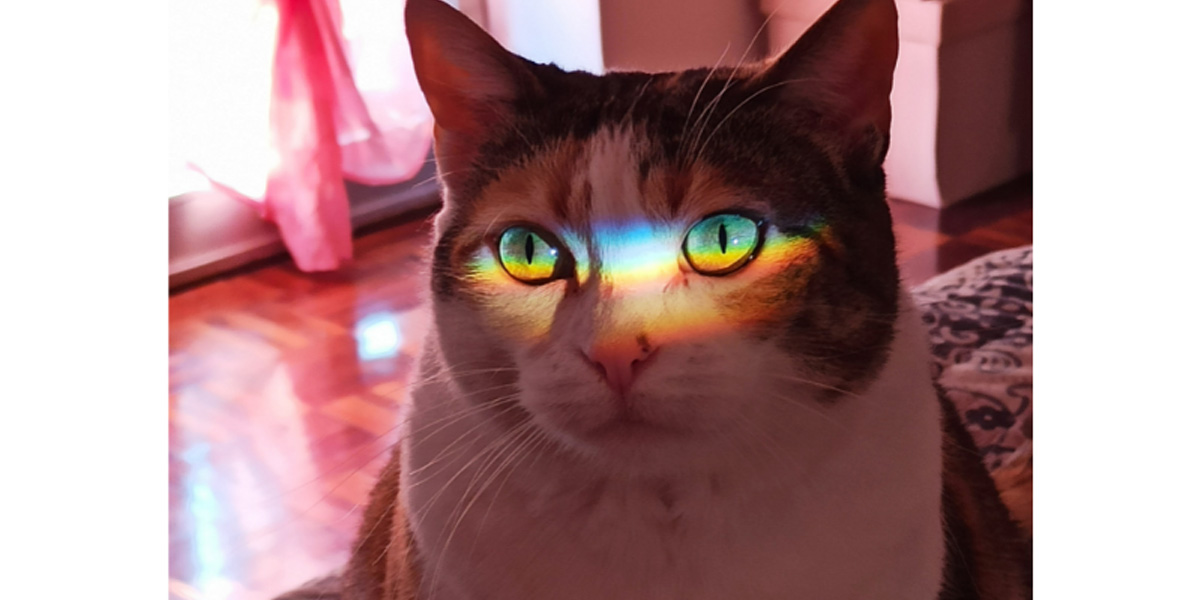 Dogs are rumored to be colorblind but can actually see in hues of blue and yellow. Cats are also rumored to have a very limited ability to see color. Like dogs, cats can't see the all the colors of the rainbow; but, in reality, they can see a lot more than we think.
In humans and cats alike, color is detected by the nerve cells in the eye: the retina. Within the retina are two types of photoreceptors called rods and cones. Rods are responsible for vision in low light. Cats have about 6-8 times the amount of rod cells than humans do, meaning they have excellent night vision. The extra rod cells allow them to sense motion in the dark significantly better than humans can.
Cones are the cells that are responsible for color vision. Unlike rods, they work best in bright light. Both humans and cats are trichromatic, meaning we have three types of cones. Humans have about 10 times the amount of cone cells than cats do, which allows us to see all the colors of the rainbow. Because they have fewer cones, cats can only see shades of blue and green. Reds and pinks can be confusing to them and appear greener. Purple looks like another shade of blue to cats. Even though cats can see those colors, they can't see those colors with the same richness of hues and saturation that we can.

Other ways cats' vision differs from human vision
Cats have a wider visual field than humans do, meaning what is visible when focused on a single point. Their visual field is 200 degrees while a human is at only 180 degrees. Additionally, an average human has 20/20 vision, but a cat's visual acuity is anywhere from 20/100 to 20/200, which means cats are very nearsighted and anything far away becomes blurry to them.