We’re sorry, but our website doesn’t work properly without JavaScript enabled. Please enable JavaScript in order to continue using our website.
Why Does My Dog Keep Licking The Air | PetMeds®
Navigation ×
Contact Us My Account Quick Reorder Cart Already a customer? Sign In

Why Does My Dog Keep Licking The Air 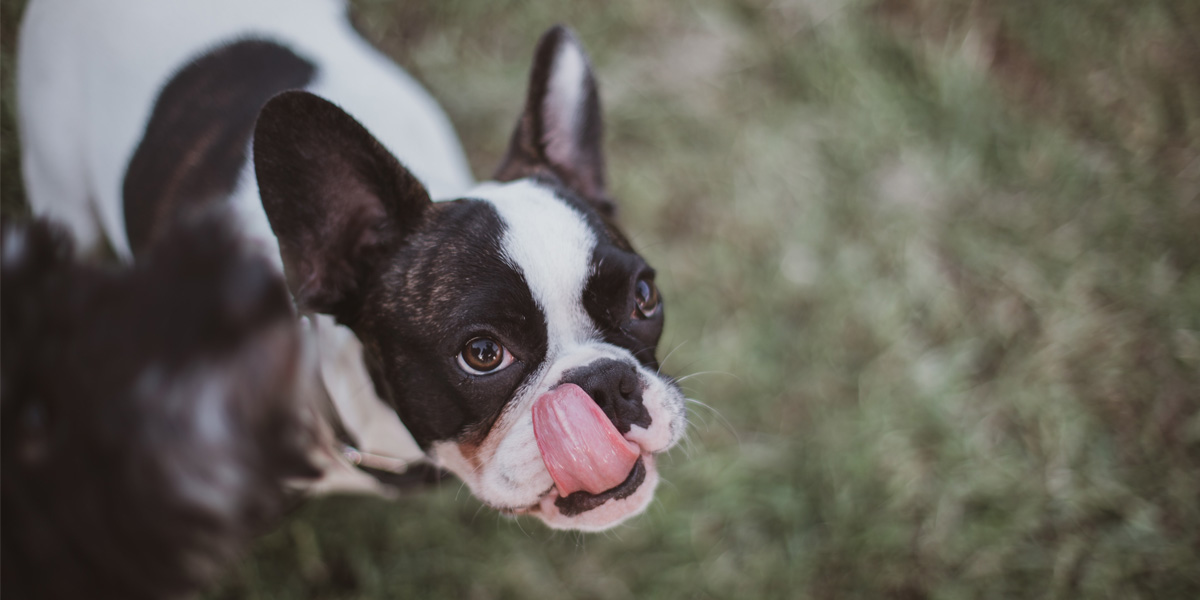 All dogs have little quirks. But licking the air is habit that could mean your dog is trying to tell you something. Frequency, timing, and context can help you figure out why your dog does this, and whether it means they need help from you.

Licking The Air After Meals
Does your dog have a ritualisitic habit of licking the air right after a meal? This could be a sign of gastric upset. Along with licking the air, your dog might also lick surfaces, gulp, and swallow. Air licking and swallowing can be a response to acid reflux irritating their esophagus.
Your dog may have trouble difficulty digesting their food. If they eat one meal a day, they might feel better if their food is split up into two or more meals. Probiotics are also helpful for dogs with digestive issues.
It’s also possible for your dog to have an intolerance to one or more of the ingredients in their food.
If your dog consistently licks the air after meals and does not feel better after a change in their diet, see your veterinarian to check for digestive issues. Excessive licking in dogs has been linked to issues like chronic pancreatitis, giardia infection, and irritable bowel syndrome.

Licking The Air On Walks
Dogs, as well as cats and horses, tend to make a funny face when exposed to peculiar odors. This is called a “Flehman Response.” For dogs, the Flehman Response may look like your dog is chattering their teeth or licking the air, directing the odor to the Jacobson's organ located at the roof of their mouth.
The Jacobson’s organ is especially helpful in detecting pheromones, so you’ll usually see this in action when your dog is sniffing at urine markings on trees and fire hydrants.

Licking As A Compulsive Behavior
Though less common, air licking can be a compulsive behavior. If it doesn’t seem linked to gastric upset or exposure to new odors, prolonged air licking can sometimes be a symptom of canine OCD or canine cognitive dysfunction. Any time your dog has unusual behavior, it’s helpful to take a video of an active episode so you can show your veterinarian.