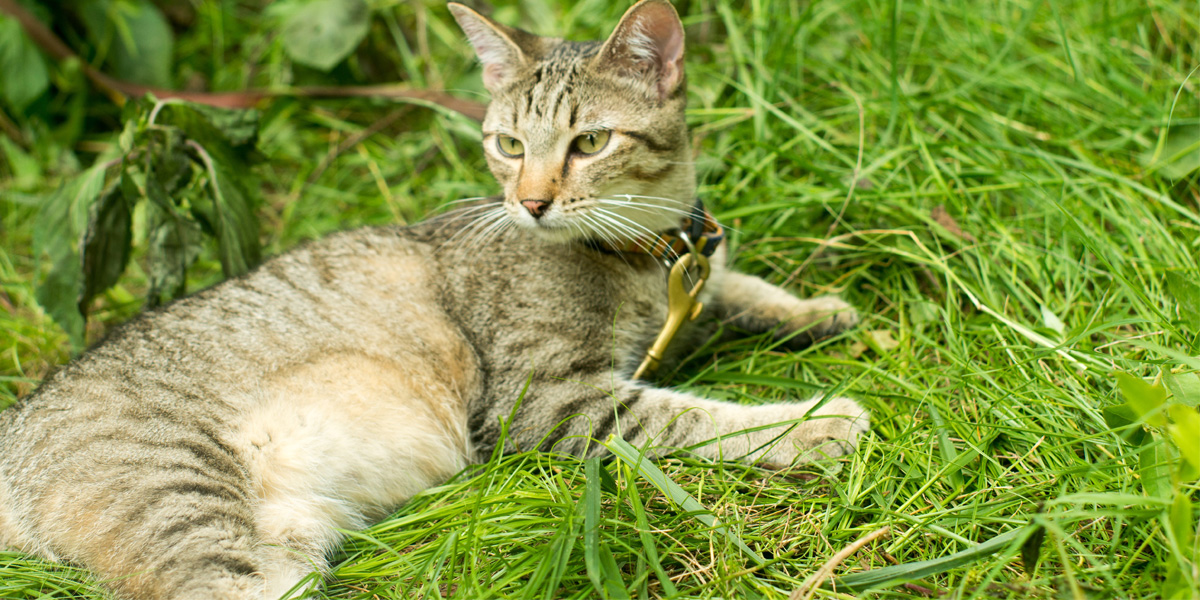 Started by Bideawee Animal Shelter in 2016, National Tabby Day is a new holiday to celebrate striped cats and kittens. Whether you have a tabby of your own, are considering adding one to your family, or you’re a connoisseur of all cats, here are ten things we love about these fabulous felines.

1. Most cats are tabbies.
“Tabby” is not actually a breed, but a type of coat pattern. An estimated 60% of domestic cats are tabbies. Many are Domestic Short Hair cats, but a tabby can also be a Bengal, a Maine Coon, Ragdoll, or any other breed that’s known by the Cat Fanciers’ Association to come in the “tabby” pattern.

2. The M is for “Meow.”
Tabby cats have an “m” shaped marking on their forehead, giving them their classic furrowed brow expression. Many cultures have legends surrounding this distinct marking. In Egyptian lore, the “M” stands for “mau,” their word for “cat” which also describes the sound they make.

3. Tabbies come in different varieties.
Tabby cats are distinguished by the “M” facial marking but come in a wide variety of colors and patterns. The most common is the mackerel tabby, named after its vertical stripes that might remind you of a fish skeleton that’s been picked clean.

4. Tabby toes break records.
While polydactyl cats are not uncommon across all cat breeds, one very special tabby is known for his abundance of toe beans. A ginger tabby named Jake holds the Guiness Book of World Records award for “Cat With Most Toes,” with seven toes on each paw for a total of 28. That’s ten more than your average cat.

5. Tabbies have stripes long before they’re born.
When researchers observe feline fetal cells under a microscope, they can actually see patterns of thick and thin embryonic skin cells that resemble fur markings they would have later in life.

6. Most ginger tabby cats are male.
All orange cats are tabbies, and most orange tabbies are male. This is because the gene responsible for ginger fur is located on the X chromosome. A female cat has two X chromosomes, so she must receive a copy of the “ginger” gene from both of her parents to be born with ginger fur. If she has just one, she’ll have a calico coat. A male cat, however, only needs to receive the gene from his mother. That’s why around 80% of ginger cats are male, and just 20% are female.

7. Tabbies have natural political prowess.
Have you ever wondered how your tabby cat governs your household so efficiently? It might just be in their blood! An orange tabby named Stubbs was elected via write-in as the mayor of a small Alaskan town for twenty years, with happy constituents keeping him in office until his death in 2017.

8. They have the best camouflage.
One possible reason so many cats have tabby coloring is because the markings camouflage so well in wooded areas. The gray and brown stripes blend in perfectly with trees and underbrush, giving these cats the best advantage when it comes to sneaking up on their prey.

9. A tabby won the “lifetime kitten award.”
Dusty, born in 1935 in Bonham, Texas, gave birth to a total of 420 kittens throughout her lifetime. She finished her long breeding career with a final litter of just one kitten when she was 17 years old.

10. A tabby near you needs a home!
Since they’re so common, chances are there is a tabby in a nearby shelter that’s looking for a lap to warm. If these fun facts have opened a spot in your heart for one of these fantastic felines, pick up a tabby (or two!) at your nearest shelter or humane society.